Leaves on a Tree: Homer and Ben Sira on Human Mortality 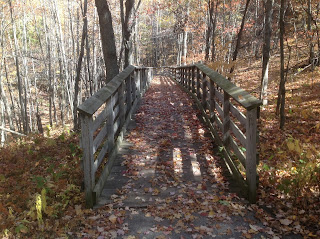 What does Jerusalem have to do with Ionia?

At the moment my research focuses on the influence of Homer's epics, particularly the Iliad, on early Jewish literature.  While there continues to be academic disagreement over the extent of Greek literary influence on some early Jewish texts, it is indisputable that some ancient Jewish writers read/heard the blind bard's epics and allowed his voice to echo off the nooks and crannies of their own works. (See, for example, my earlier notes on Theodotus and Sosates).  One passage where there has been some scholarly agreement on Homeric influence is Ben Sira 14:18, which scholars like Th. Middendorp, R.A.F. MacKenzie, Benjamin Wright, Martin West, and Jack T. Sanders believe is influenced in some way by Iliad 6.146-149.  Check out the similarities between the two texts:
Ben Sira 14:18 (MS A)
{כפרח עלה על עץ רענן / שזה נובל ואחר גומל {צומח
כן דורות בשר ודם אחד גוע ואחד גומל

“As is the generation of leaves, so is that of humanity.
The wind scatters the leaves on the ground, but the live timber
burgeons with leaves again in the season of spring returning.
So one generation of men will grow while another dies.” (Lattimore)

Jack T. Sanders (Ben Sira and Demotic Wisdom, 39) is one of the voices that affirms a genetic relationship between the two texts, noting that “the manner of expression and the movement of thought in these two passages is strikingly similar.”  He points to specific verbal connections, such as: פרח/φύλλον; עלה/τηλεθάω /φύω; צומח/φύω; דור/γενεά.

It certainly seems like Homer's voice is echoing through the pages of Ben Sira.  Whether this Palestinian Jewish sage had read some Homer or just picked up these Homeric images from the cultural air is an open question, but regardless of how Iliad 6.146-149 may have been mediated to Ben Sira he seems to have found it meaningful and useful in his own context.  That's important.  Scholars who treat Jewish/Christian appropriations of "pagan" literature occasionally fixate on syncretism or subversiveness, assuming that such appropriations either betray the creation of an unholy religious hybrid or that they are polemical/apologetic/triumphalist in nature.  But I think early Jewish and Christians authors sometimes made use of "pagan" literature simply because it was good, because it said something well, something beautiful.  I think that's the case here.  Homer used a simple but poignant image to express the wonderful and sometimes sobering cycle of human life and mortality, and this image resonated with a Jewish sage living in Palestine hundreds of years after the blind bard (whoever/whatever s/he was) composed it.
Posted by James at 11:18 AM