The Epic of Theodotus

In the late 19th and early 20th centuries some brave and adventuresome souls began to experiment with mixing peanut butter with other food stuffs, including oranges, mayonnaise, and cream cheese.  In a bold act whose specific origins have been lost, someone combined peanut butter with jelly on a sandwich, and from this act of culinary syncretism an American staple was born.  (The first published reference to a peanut butter and jelly sandwich was in 1901) 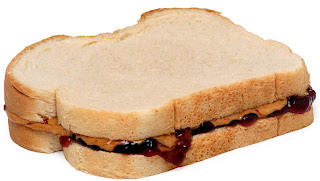 Much like food, fascinating things happen when cultures collide.  It can be a wonderfully messy business, as stories and styles combine to form something entirely new.  The Epic of Theodotus illustrates this well.  Written by a Jew possibly in the 2nd century BCE, this text retells stories of the Jewish patriarch Jacob and his family in the language and style of Greek epic.  Like the blind bard Homer, the Epic is written in Greek hexameter and uses Homeric vocabulary.  Interesting, right?  This is just one of many examples of Jewish writings from the Greco-Roman period that synthesized Jewish and Greek traditions and cultural expressions in creative ways.


Let's learn a bit more about this epic.

The first thing to know is that the text is fragmentary.  We do not have a complete copy of the original work, and we're not even sure how long it was or what it all contained.  Our source tells us it bore the title On the Jews, so it may have contained a series of accounts of events from Jewish history.  The fragments we have are not tattered bits of manuscripts like the Dead Sea Scrolls, but rather quotations from the 4th century CE Christian writer Eusebius of Caesarea.  And Eusebius was not quoting directly from Theodotus, but was instead quoting from a work by Alexander Polyhistor, a Greek author from the 1st century BCE.  So what we have of Theodotus are short quotations of quotations.  But that's alright -- ancient historians have worked with less.

The bits that we do have focus on the incident at Shechem recorded in Genesis 34, but also make a few comments about Jacob's time with his uncle Laban.  A quick recap of the Shechem story: Jacob and family are dwelling peacefully with the Shechemites, then Shechem rapes Dinah, falls in love with her, has his father try to get her as a wife, Jacob says ok but only if the whole town gets circumcised and then they can all be one happy family, the Shechemites agree, but while they're recovering from the operation Levi and Simeon sneak into the city and kill all of the men -- which bothers Jacob who now fears the peoples of the land will attack them.

This story is retold and referenced several times in early Jewish literature in texts like Jubilees, Testament of Levi, and Judith.  Questions of circumcision, intermarriage, and whether or not Levi and Simeon were in the right when they massacred the Shechemites are addressed in these retellings.  We can see how the original story would have been troubling to some of its readers, since it presents Jacob as being open to intermarriage with peoples of the land (something forbidden in Deuteronomy 7) and shows Simeon and Levi doing something which seems unjust (massacring people whom they had an agreement with when they were physically vulnerable) and which their father seems to condemn.

Theodotus keeps Jacob's offer of intermarriage contingent on circumcision/conversion to Judaism, getting Hamor to agree to persuade the entire city to be circumcised, although the fragments we have do not tell us whether they were actually circumcised.  This provides an opportunity for Jacob to stress the importance of circumcision for the Jewish people.  It is a command directly from God to Abraham, and because "God himself spoke it," it "remains unshaken (astemphes)." (frag. 5)  In the 2nd century BCE and beyond some Jews felt the need to emphasize the eternal nature of the commands to Abraham, perhaps in response to more liberal movements.  Theodotus also, like other early Jewish readers, presents Simeon and Levi's massacre positively.  The idea is Simeon's, who cannot bear "the violent attack upon his sister." (frag. 6)  He persuades his brother Levi to join him by citing an oracle that said God would give ten peoples to Abraham's descendants.  This is a reference to the ten nations in Genesis 15:18-21.  This passage does not tell us that Abraham's descendants will massacre these peoples, but that idea is expressed in writings attributed to Moses (Deuteronomy 7).  Theodotus' Simeon seems to interpret Genesis 15:18-21 in light of the later commands to Moses (who lives after Simeon) in order to justify the massacre of the Shechemites.  This is very interesting, since it justifies Simeon and Levi's actions by alluding to the Old Testament conquest tradition.  Theodotus also justifies their actions by telling us that God himself put the idea into Simeon's mind, because he wanted to smite the Shechemites for their lack of hospitality and their lack of laws. (frag. 7)

The influence of Homer is clearly seen in the graphic description of Simeon and Levi's massacre:
"At that time Levi, also irresistible in might, seized Sychem [Shechem] by the hair; the latter grasped his knees and raged unspeakably.  Levi struck the middle of his collarbone; the sharp sword entered his inward parts through the chest; and his life thereupon left his bodily frame." (frag. 8; F. Fallon, OTP)

" . . . Achilleus drawing his sharp sword struck him
beside the neck at the collar-bone, and the double-edged sword
plunged full length inside. He dropped to the ground, face downward,
and lay at length, and the black blood flowed, and the ground was soaked with it." (Lattimore)


We've mentioned some of the content of the Epic, but what about its background?  Where and when was it written, and who was its author?  The author was likely named Theodotus.  Earlier scholarship assumed, due to the influential work of Freudenthal (1875), that Theodotus was a Samaritan.  This was based on the emphasis of Shechem (a Samaritan city) and the so-called religious syncretism in the text (on one reading, Theodotus calls Shechem the son of Hermes).  In the 1970s and 1980s many scholars rejected this dominant hypothesis, arguing that it is more likely a Jewish composition that may even have an anti-Samaritan flavor, but the argument that it is a Samaritan work has resurfaced in recent scholarship.

Like many early Jewish writings, the where and when of the Epic are open to question.  Samaria, Judea, and the Diaspora have all been offered as options, although most scholars locate it in Palestine.  This is significant, since it shows the penetration of Greek literature among Palestinian Jews or Samaritans.

The when is also a bit hazy.  Alexander Polyhistor, who quotes Theodotus, was writing in the mid-1st century BCE, so we can assume it was before then.  R.J. Bull tries to date the work based on its description of Shechem having a "smooth wall."  He claims that this wall fell out of use as a defense by the mid-2nd century BCE, and that Theodotus must have seen it sometime before this point.  John Collins notes some of the issues with this argument, claiming instead that the probable latest date would be the destruction of Shechem in 107 BCE, although even this is questionable.  Daise, who argues for Samaritan authorship, sets Theodotus in the late 3rd century/early 2nd century BCE.

The Epic of Theodotus is a fascinating writing that gives us insight into the Jewish appropriation of Greek literary forms and the early history of biblical interpretation.  We certainly wish more had survived, but I think we can express some gratitude towards Alexander Polyhistor and Eusebius for preserving the little bits we do have!  If your professor/teacher ever chastises you for padding your papers with too many lengthy block quotations, just tell them that if it weren't for people like Alexander Polyhistory and Eusebius doing the same thing, many important works would have been totally lost to the ravages of time.  You're not being lazy -- you're being a preservationist!

Where to read Theodotus: